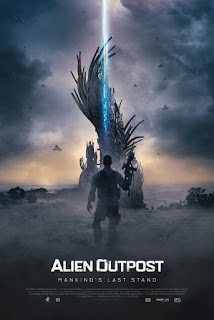 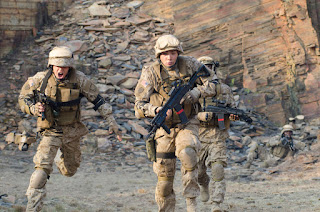 Full disclosure, I thought the following trailer seemed interesting when I viewed it a while back in the wee hours of the morning on very little (no) sleep. Feeling frisky, I slapped it up on the blog.

Then, six months later, in wee hours of the morning, Alien Outpost (2014) graces my Netflix browser. It was kismet. 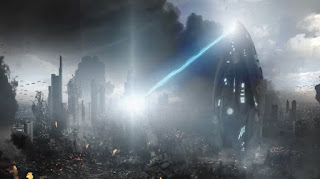 Alien Outpost at it’s core is a faux-documentary military film. Taking place after the human race has defeated an armada of alien invaders, the action follows a group of young soldiers being transferred to a remote outpost to eradicate the leftover aliens (Heavies in the film) who were abandoned on Earth.

Easy. Starship Troopers (1997) with a dab of District 9 (2009), right? Kinda. Minus a steady barrage of special effects, which some might see as boring, but don’t forget, it worked in Jaws (1975). Now, to compare this film to so many others may be excessive, but the reason is not without point. In feel, it has the earmarks of other alien/action flicks. Though the message may have been missed by the spectacle.

Starship Troopers, for it’s pretty faces and big effects, was based on a book with a deeper plot, a warning of becoming too jingoistic. Prawns and lazer guns tend to shadow the apartheid allegory laced throughout District 9. Alien Outpost, underneath it all, becomes a look at our own military conflicts throughout the world (deftly pointed out to me by my neighbor). Enough political talk, let’s rate this thing. 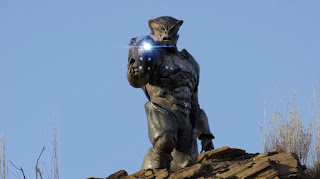 I enjoyed Alien Outpost for what it was. The acting can be spotty at times and the effects sparse, but they were trying something on a budget. Would I give it a second viewing? Not right away, but maybe. Rainy Sunday,  take a break from your binge re-watch of X-Files and pop this on. The truth will still be out there when you go back.