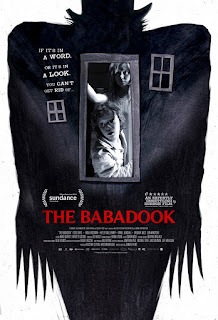 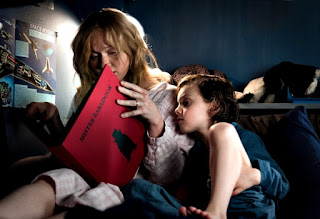 Every now and again we stumble across a new and innovative looking film trailer that pricks up our senses, giving us hope that there are still original ideas left in the over troped world of cinema. Trailers, which bring us that feeling which my lucky generation had during the Indie era of filmmaking. Where a story didn’t fit a mold that was set years before by the cookie cutter flicks which became the standard. New concepts tackling bigger issues than man saves damsel in distress or god forbid another B.S. horror villain that will spews out the next big franchise. Many moons ago I came across one such trailer (as many on the internet did) called The Babadook (2014). "What the hell is a Babdook?” was an utterance heard anytime I recommended it to family or friends. “Just watch,” was always my reply. And with that, let’s hop in the Wayback machine and check out a trailer posted many months ago: www.mockfilmsblog.com/2014/12/the-babadook-2014-nr.html... All caught up. Wonderful. Let’s get into it then. 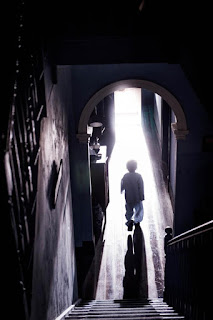 The Babadook, directed by first time feature writer/director Jennifer Kent, tells the story of a single mother named Amelia (played disconcertingly perfect by Essie Davis) who is coming to grips with both the death of her husband as well as the trying needs of her only son Samuel (Noah Wiseman in an unnervingly strong performance), who, after finding a strange pop-up book, believes an evil entity named The Babadook has become more than just a character from the macabre bedtime tale. After strange occurrences around her home coupled with Samuel’s increasingly erratic behavior continue, Amelia begins to break.  Disturbed by her Samuel's obsession with protecting her from the (possibly) imaginary being, Amelia lapses into a mental state which questions whether there is something wrong with her weapon building son or have her own limit of stress driven her over the edge of sanity. 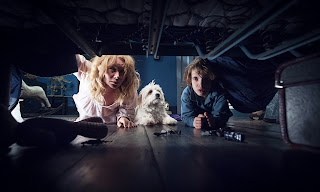 The Babadook takes the viewer on a ride through more than just the typical monster movie. Rather, the film is a deeper study of what a family goes through after a tragedy. The honesty of the writer in terms of how she deals the mother and her struggle to find some hold on such a tough situation is beautifully handled with both moments of sympathy as well as a sense of terror where one never knows what Amelia's true feelings are. Deftly built as well, is the role of Samuel. Again, the audience is never given a road map to these two psyches, keeping the viewer guessing to what’s real and what’s not.

I’m going to give The Babadook a strong recommend with that stipulation that this is not your typical Boogieman movie. The layers go deeper than the sum of it’s parts. To be honest, there aren’t enough female writer/directors in the genre of horror. The days of the virginal heroine who stops the "big bad” was mapped out in Scream (1996), pulling the curtain back on how to make a successful scare flick. That clichéd way of writing needs a kick in the ass and to see one come from a female point of view was a welcomed change. This is not the usual fair the general public may used to in it’s horror films, but just take the ride, if at least to try something new.