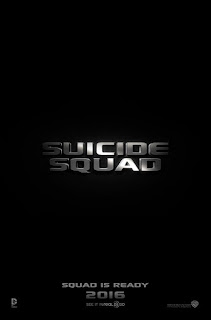 Upon hearing that Warner Bros. had green lit a Suicide Squad movie I was on board. Now, I’ll admit that I’m not as in the know about the team comic-wise as I am with the DC animation iterations of the crew, but in concept we can all agree it works. That said, the casting took a period of adjustment. Will Smith (yeah, I guess), Margot Robbie (too soon to say, seems right), Jared Leto (insert record scratch). Listen, I dig Leto. The man is solid and brings everything to what he’s cast in. But I yern for the more zoot-suited clown. Not a Nicholson or Remaro per say (Hammel, untouchable in the role so let’s not bring him into this). But not far off. Maybe class the character up a bit. Bring the subtle dark charm back to Joker which makes you question what that lunatic has up his sleeve.

Not to say that Leto’s Joker will be a bad (although the grills and ink are a bit much), rather I’m throwing out a request to the next actor bestowed the mantle of the Clown Prince of Crime. For now, I won’t jump to conclusions until needs be. We’ve all been wrong before. Rant complete. Here’s is the first Official Trailer for Suicide Squad (p.s.- I liked the trailer. Address all e-mails to mockfilmsblog@gmail.com)