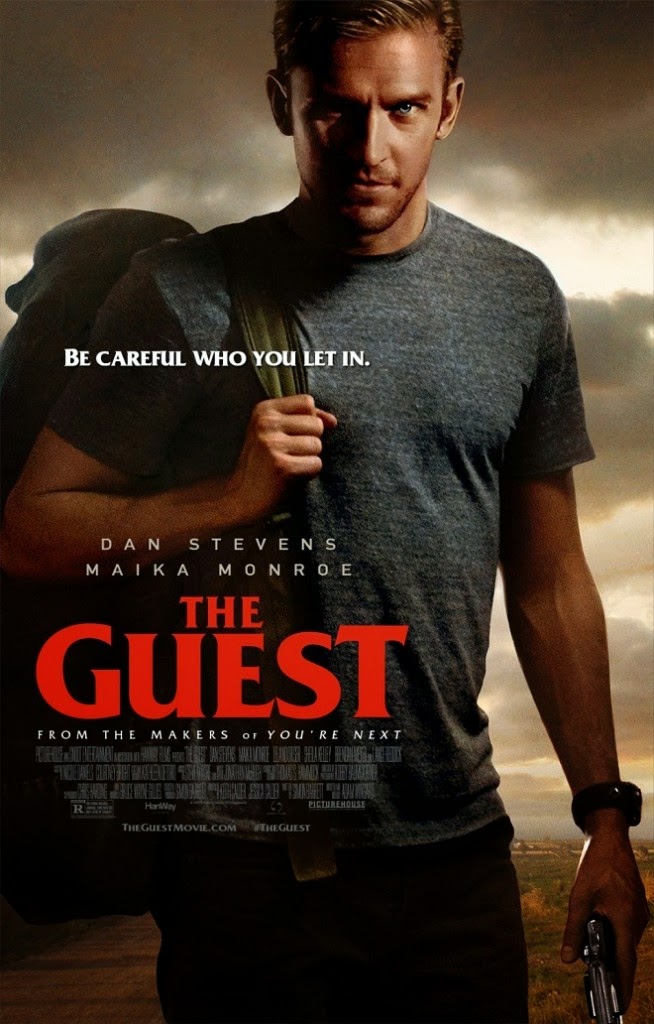 It dosen't happen often in this age of 'Spoiler Alerts' (not an actual spoiler, read on in confidence) and 'Instant Streamifacation' (copyright Mock Films Blog 2015), but now and again the average movie consumer gets a chance to see a film so good that nobody wants to ruin it for them. Being able to watch a flick without seeing everything coming from the trailer is no easy feat. And I don't care what the studies tell you, not everyone likes knowing how a film is going to end. With that said, I have a treat for you dear reader. 'The Guest' (2014) is the follow up film from director Adam Wingard of 'You're Next' (2011) fame (to be reviewed at another time. Hint: it's freaking great).

I had heard about this film from several sources, and never once did anyone give away anything about the plot, the characters, or even a hint of what it is. Even the trailer is unassuming. And I could not have been happier. Starring Dan Stevens (Downton Abbey) as "David," a charismatic veteran who pays a visit to the family of a fallen friend he watched die in action. Seemingly perfect in every way, the grief stricken Peterson's welcome David in with open arms. And, of course, nothing is what it seems.

Leaving it at that, I will not delve deeper down the rabbit hole which this film starts to dig. The real premise is figuring out who David is and his intentions with the Peterson's. Then it goes even further, dropping subtle hints of what could be any one of a million backstories this interestingly cryptic character might have. Unlike most story structure, the plot unfolds in a way that is not spoon feeding the audience like a dullard. Every scene dangles just the right amount of puzzle pieces without showing you the picture on the box. Writer Simon Barrett (You're Next) slickly crafts a brilliant web of fact and fake out, leaving the viewer never quite in the loop but still engaged to learn more.

The movie has a strange aura about it. From the way characters behave with one another (and alone on screen), to the love/hate vibe Dan Stevens brings to the character of David, to the off putting throwback synth soundtrack, everything feels askew while still being a perfect fit. Speaking of the soundtrack, the music in The Guest is insanely interesting. The underlaying darkness hidden beneath the surface of even the most benign scene (of which there are few) is hinted at but never quite revealed. In tandem with some cleverly specific editing, cutting before the scene gives away the big answers, this picture knows how to keep an audience enthralled. And before you think this is some slow indie thriller, there is plenty of head thumping action. I hate to use comparisons but the movie felt like 'Drive' (2011) if 'Drive' wasn't so "too cool for the room" in it's approach. (FYI: I liked 'Drive.' Liked, not loved.) 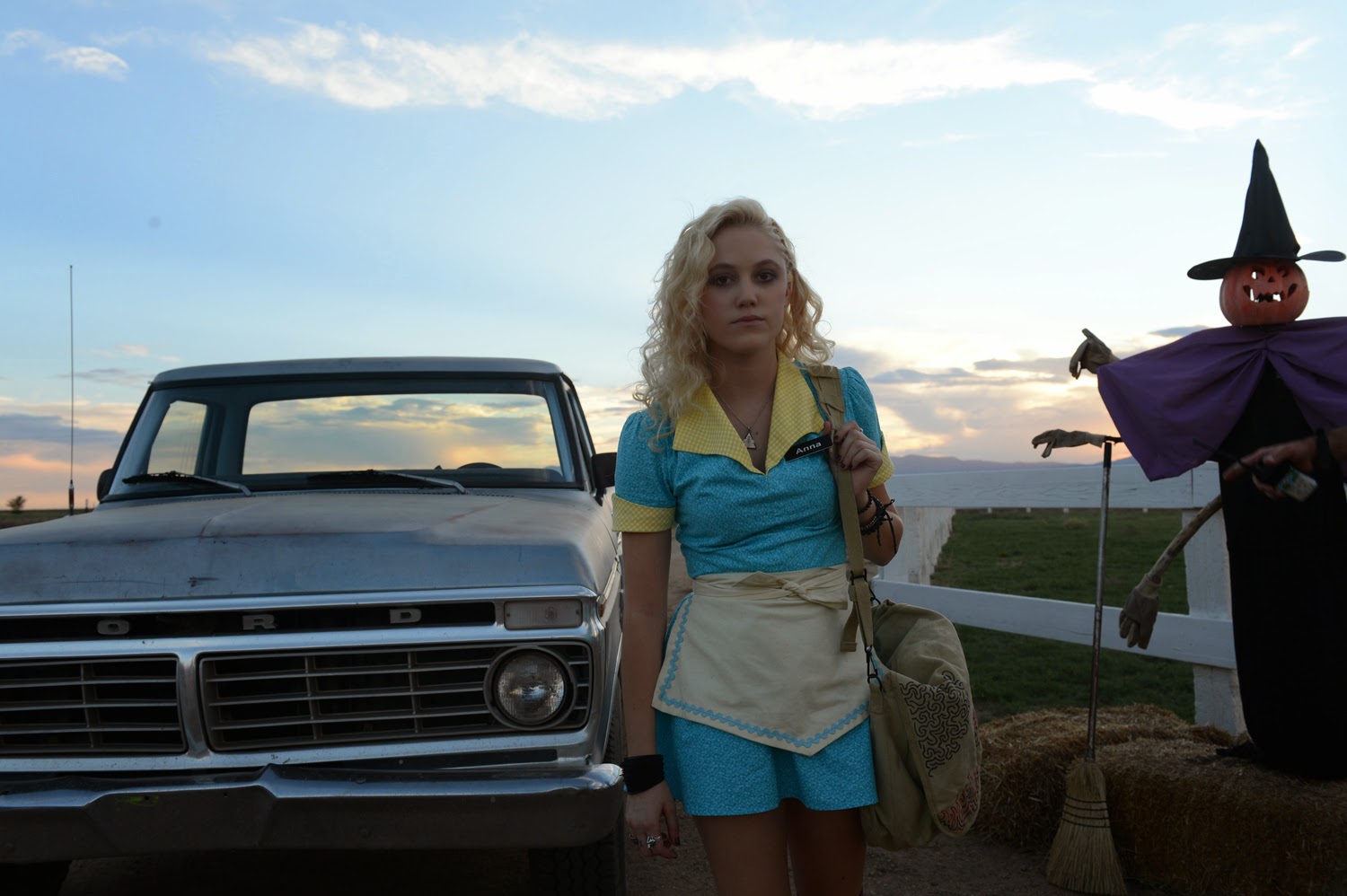 Bottom line, this is a solidly made film that is not afraid to keep a few secrets from the viewer. Refreshingly penned and crafted, I don't doubt that this will be put up there with those films that you give your friend's grief for not seeing or even (heaven forbid) hearing about. My suggestion. Watch the film. Be surprised. Tell your friends. But don't try to learn too much before hand. There are enough spoilers in the world. So, until next time, always do a background check on that blue eyed stranger at the front door. Now matter how blue those eyes are. (So, blue.)