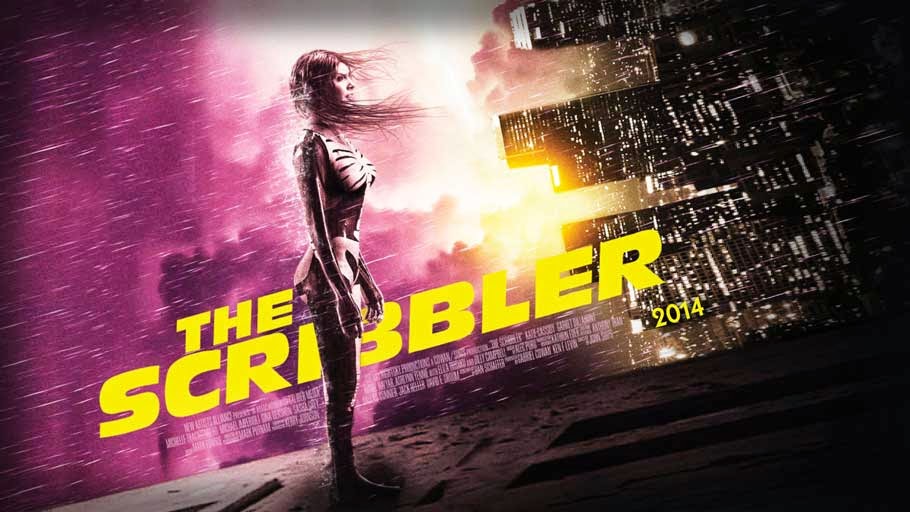 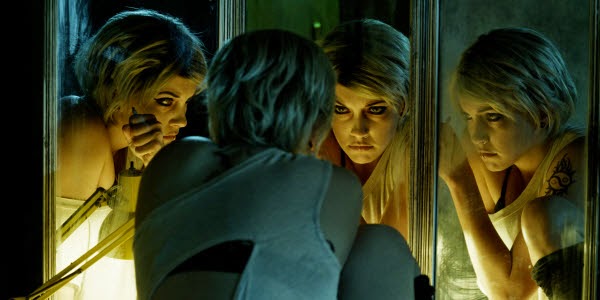 I found this flick while screening random trailers online and boy howdy did it peak my interest. The Scribbler (2014) from the trailer is the sort of film that makes you want to see it simply because you're not quite sure what the hell it was you just watched, and you want some more. (Also, I will watch anything with Garret Dillahunt. The man's great in everything.) Then you see the cast (Katie Cassidy, Garret Dillahunt, Michelle Trachtenberg, Michael Imperioli, Eliza Dushku, Gina Gershon, and Sasha Grey) and you say to yourself "This movie will either be the next thing I drive my friends crazy to watch or I will want to forget it ever happened." So, how did I like this movie? Keep reading, slacker. 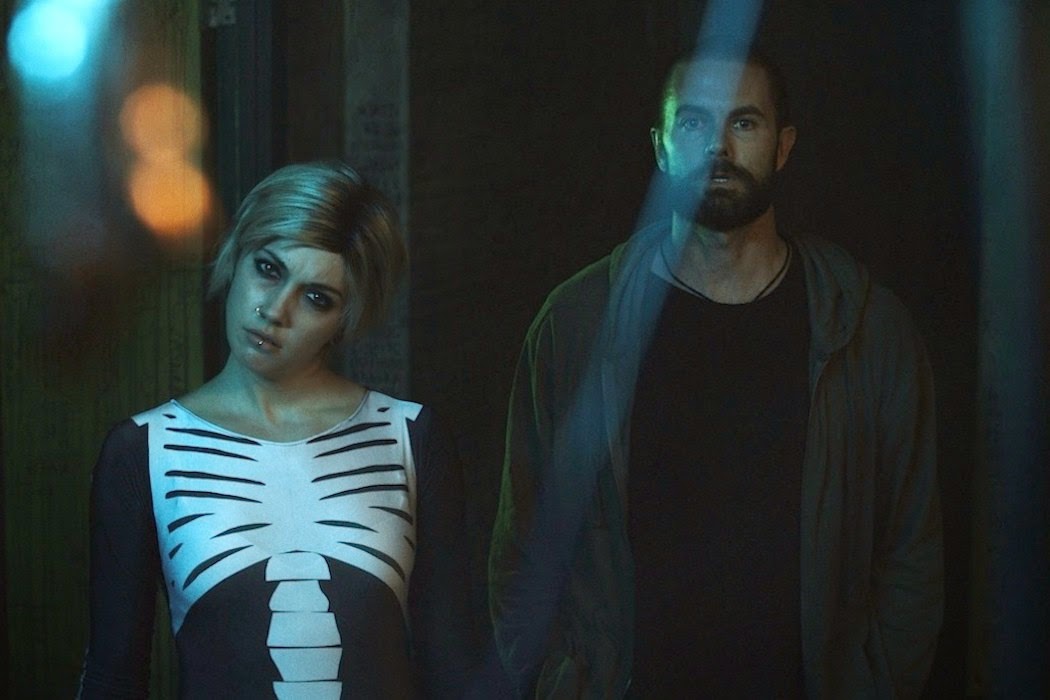 Based on the graphic novel created by Dan Schaffer (who also adapted the screenplay), The Scribbler is as follows, Suki (Katie Cassidy), a young woman who suffers from multiple personality disorder, has been using a treatment called The Siamese Burn to kill off her multiples one at a time. It's a trippy form of electro shock which can be self administered with a portable version of the machine. ('Cause that's a good idea.) After much improvement, Suki is placed in a living facility for recovering mental patients who can live on their own while under observation. There she is met by a menagerie of interesting female characters each with an interesting quirk. Suki also starts up a "friendly" relationship with the buildings resident lothario, Hogan (Garret Dillahunt). Cured from his condition, Hogan decided to stay longer so he could swoon the ladies who come in and out of the facility, until that is, that they begin falling to their deaths one by one. Taken in for questioning, Suki begins to struggle with her most puzzling multiple, The Scribbler. A personality that communicates only through writing, The Scribbler begins to act erratically cryptic, forcing Suki to wrestle with the idea that her last treatment could possibly erase her real personality leaving The Scribbler to take over. There is a ton more but I don't want to give away too much. (And if I tried to explain it my ears might start to smoke.) 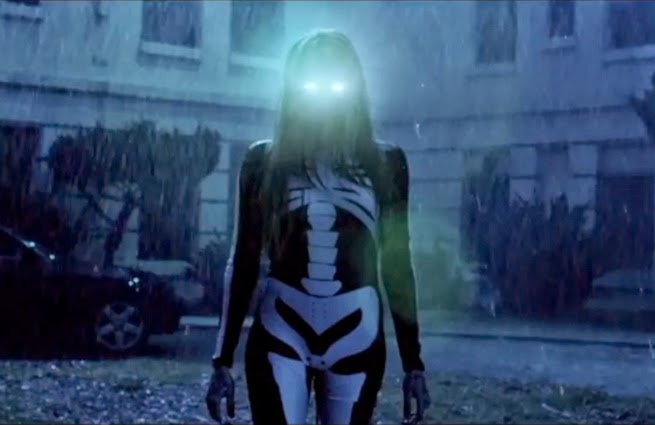 The Scribbler looks cool. The visuals are very stark, with small bursts of color to bring out a surreal tone. The story suffers from one shortcoming, however. It talks to the audience as if we know what is happening throughout, but you'll find yourself doing a bit of head scratching from time to time. Not a huge fault, but it tends to make one feel a bit left out of the film. Secondly, the acting in the supporting cast is very straight forward and none of them get to stray away from their stereotypes for very long, if at all. I will say though, the leads are written really well. Katie Cassidy does a fine job. From her mannerisms to her look, she keeps Suki believable. And refreshingly, she pulls off tough without overstepping into cliché territory, mixing in a soft touch to her fractured character. And not to beat a dead horse but Garret Dillahunt steals the show in this. He brings a likable quality to a hard to like character (Again, the man is great in everything). If I had one other complaint it would be the third act. The mystery is not all that interesting and has little to do with Suki's plight. Other than that, I am done complaining.

This film falls into a grey area for me. I did enjoy much of what it had to offer, but a couple of tweaks here and there could have made this movie great. In summation, eye candy. Check. Good concept. Check. Tight story. Not so much. Watchable. Yeah, I'd recommend it, but don't get your hopes up too high. Just shut your head off and see how you feel at the end. It's not the worst trip I've ever been on.