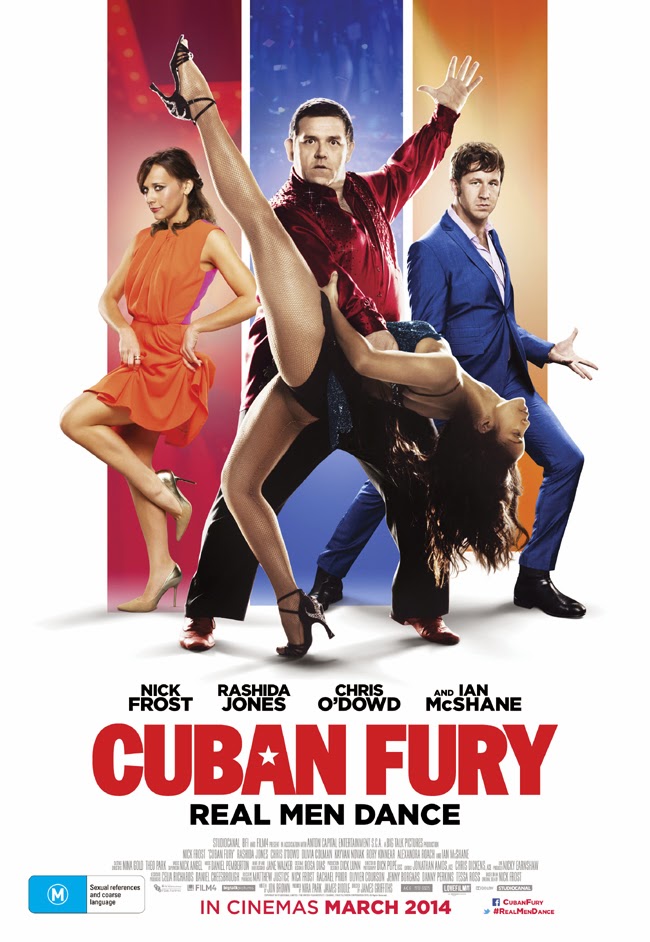 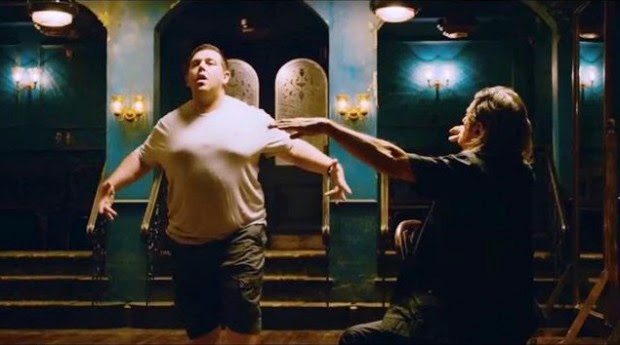 Normally, I am not the kind of man who would sit down to watch a film about dancing (unless, of course, given carte blanche to ridicule said film by my better half), but I had a feeling about the Salsa Comedy Cuban Fury (2014). With a cast consisting of some of the best the boys across the pond have to offer in Nick Frost (Shaun of the Dead 2004), Chris O'Dowd (Bridesmaids 2011), and the ever compelling Ian McShane (Deadwood). Drop in the adorable Rashida Jones (Parks and Recreation) and you have a very solid cast who are masters at comic timing. I first became aware of this movie a few months ago watching trailers one afternoon on my computer. Looked funny, never heard about it again, then it popped up on Netflix Streaming. One boring afternoon, my best gal and I sat down to give it a gander and had a really great time with it. 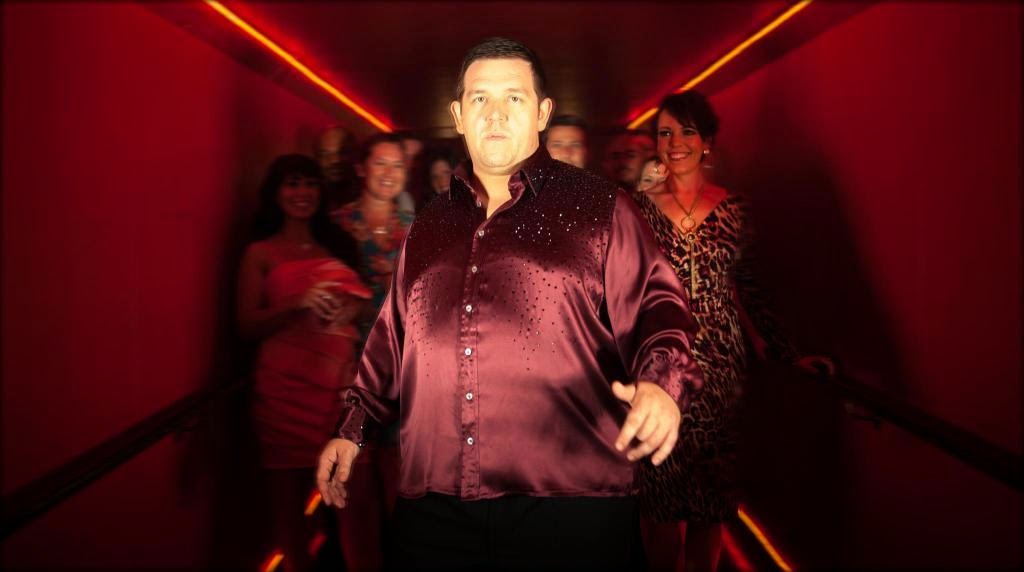 The story revolves around Bruce (played well by Frost), a former youth Salsa dance champion, who quit after a scarring event made him turn in his dance shoes. Now working as an industrial machine designer, he goes unnoticed by his co-workers. With the exception of Drew (a great turn as the heel for O'Dowd, often known for playing nice guys), the smarmy, fast talker of the office who has made a game out of humiliating Bruce every chance he gets. Never having any motivation to fight back before, enter Julia (Jones), the new head of their department and Salsa dance enthusiast. With both men seeking her affection, Bruce realizes that his only hope for love is to get back on the dance floor. 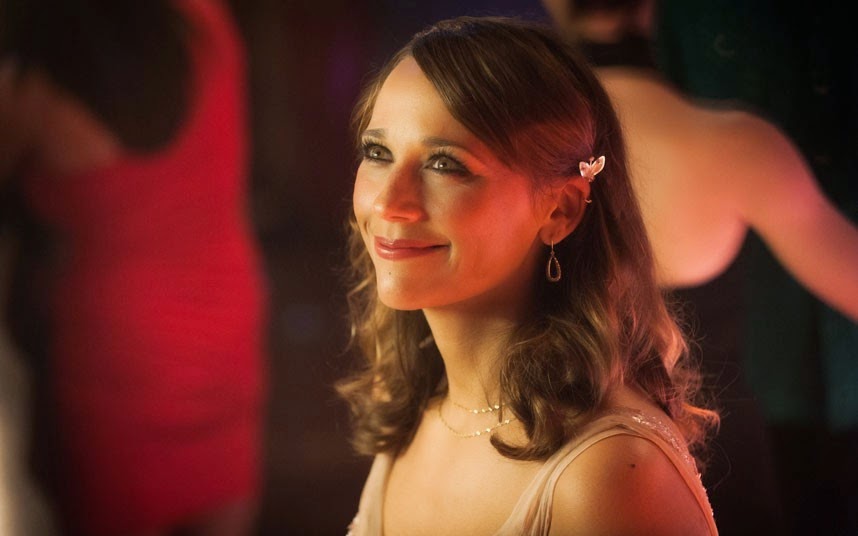 Now, one might read that and think, "Seen the whole boy meets girl and has to dance for her love crap before." But you'd be wrong. This my friends, is how you make a date movie. It has the sweetness of a chick flick that the ladies love and the gross out conversations about certain male bodily fluids being strew about that the men will find brilliant. In some messed up way, they crafted a film that one could watch with their mother, dad, significant other and pervy cousin Stew and still everyone will dig it. The comedy is funny, nothing special but keeps you laughing. The dance numbers are often comical but well choreographed when the real dancing starts, and the cast is likable. It's just a good, solid movie. Nothing more, nothing less. 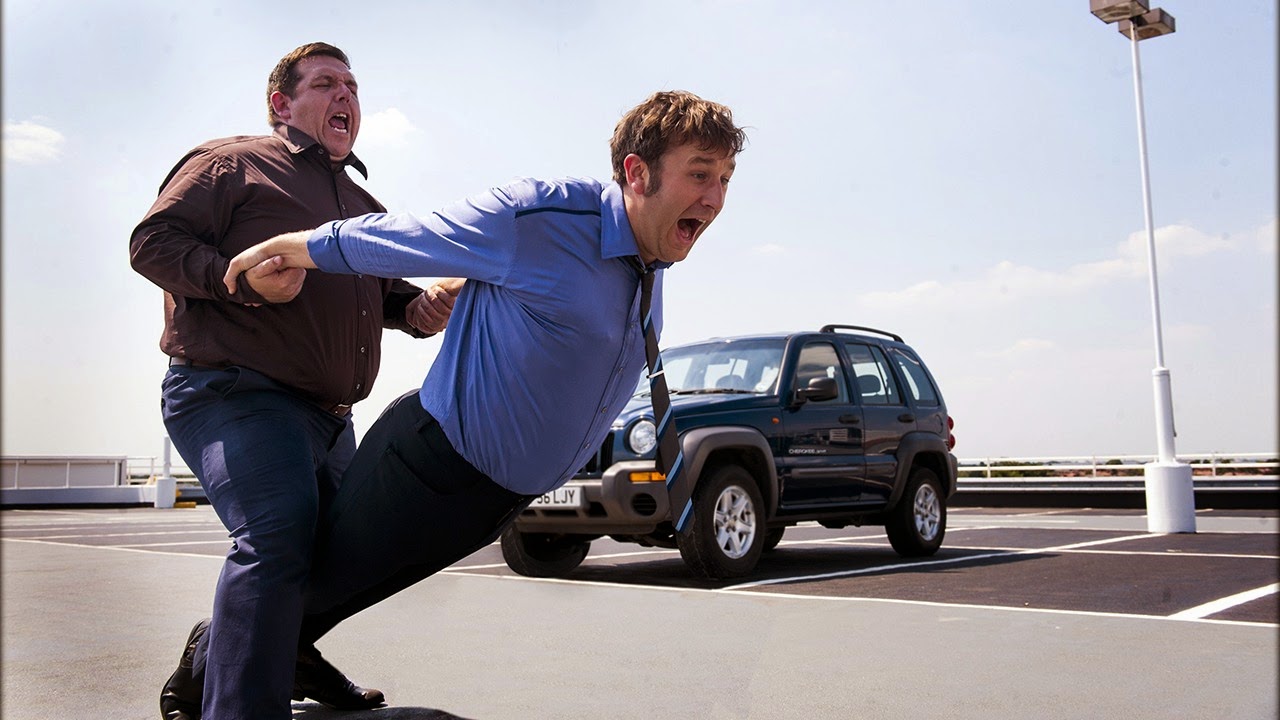 So, you're bored on a lazy Sunday and looking for a fun watch, then may I suggest Cuban Fury. Es muy bueno! (thank you Google Translate)