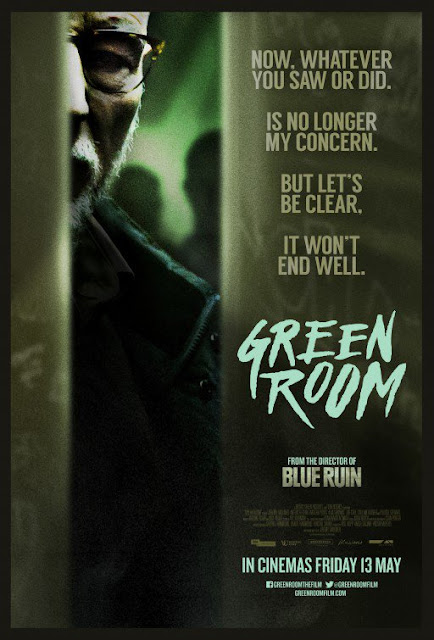 Sir Patrick Stewart has become an acting force to reckon with since his days commanding the bridge of The U.S.S. Enterprise. Charming, dramatic and often hilarious, his latest role in Green Room (2015) will take audiences where they have never gone before with the intrepid actor, the realm of horror heavy. Stewart leads a group of vicious skinheads who terrorize a punk band after they witness a murder. Co-starring fellow Star Trek alum Anton Yelchin, Green Room looks like a claustrophobic journey of survival. Directed by Jeremy Saulnier, who helmed the dark revenge thriller Blue Ruin (2013), this looks to be a rough ride. Check out the trailer below: