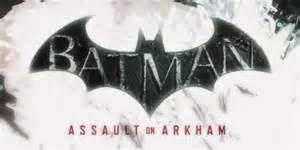 This week I have decided to go a bit off script on my review. Pulling from a genre that many non-comic book readers oft dare not tread. Sure, comic book movies have seen a clear boost in mainstream audience attendance with Christopher Nolan’s Dark Knight Trilogy (with which I have a love/hate relationship. Another day my friends) and the brilliant way Marvel has chosen to unfurl their gang of interconnecting hero stories as an ever expanding universe.  Today, however, I’ve decided to give credit where credit is due and give DC their day in the sun. 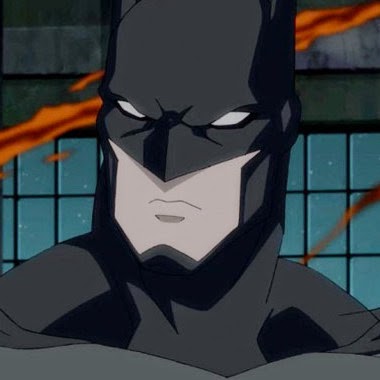 For all their shortcomings DC properties have had in terms of their live-action films, as successful as they are, where they truly shine is with their straight to DVD animated features. While, not all of the titles that have been produced over the years have been top notch, to count them out as kids stuff is simply unfair. Starting years ago with Batman: The Animated Series (1992-1995), DC has put out some well written and superbly produced stories that could give their live-action brethren a run for their money. With that, I give you Batman: Assault on Arkham (2014).

Not for the youngsters, this is a gritty flick with some intense violence and language. So be warned. 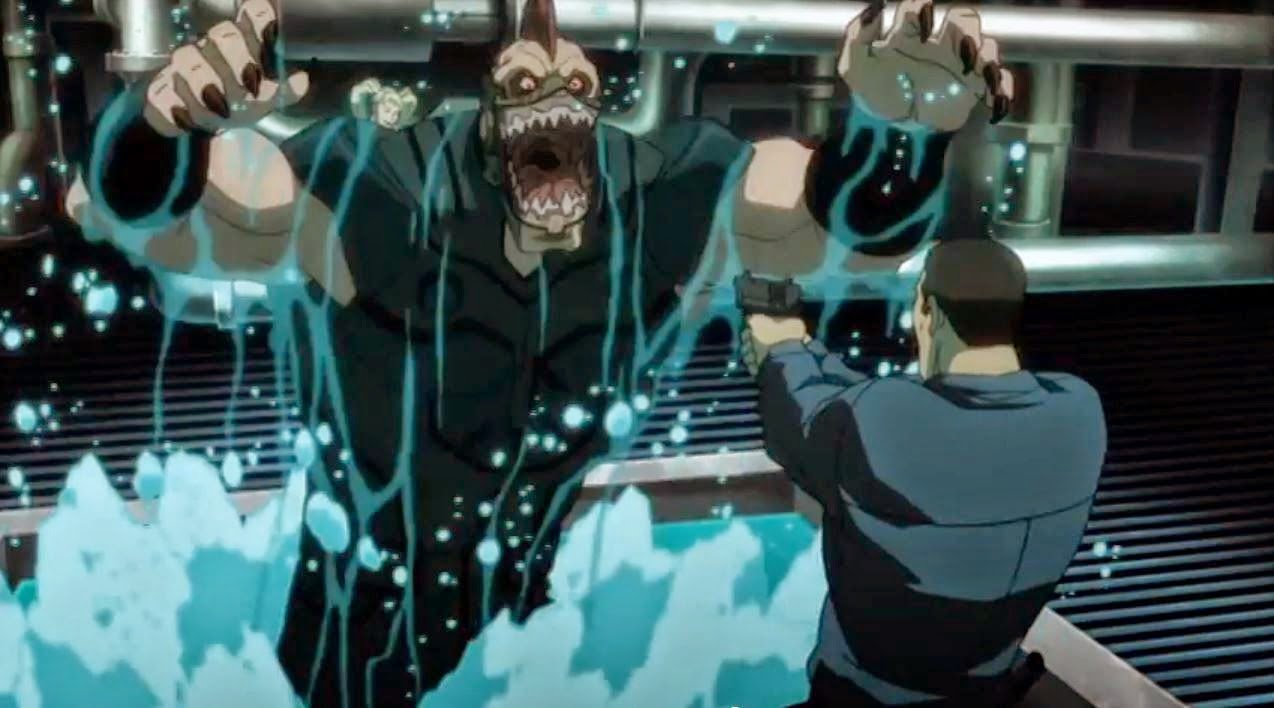 The story is simple enough. The Riddler is at it again and this time as stolen sensitive intel from a secret government organization run by Amanda Waller (a role reprised by the wonderful CCH Pounder), a woman obsessed with keeping America safe without the help of super heroes. Now locked away in Arkham Asylum with the rest of Batman’s rouges gallery, Riddler has a flash drive with the information stashed in his cane, which is locked up tight in Arkham’s storage lockup. Employing a group called The Suicide Squad to break in and get back the data, Waller teams up a group of super villains equipped with explosives in their necks as incentive to get the job done. Now, some of these criminals are not the A-Listers one might expect from a Batman movie, but not to worry, familiar faces abound throughout. 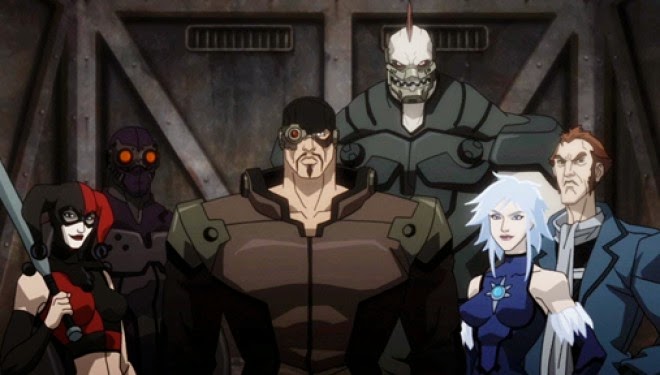 Calling upon Deadshot, Black Spider, Killer Frost, King Shark, Captain Boomerang, KGBeast, and Harley Quinn (one of the best parts of this movie) we are treated to characters that wouldn’t normally get the type of screen time our titular hero is normally accustomed to. But this is the beauty of the story, Batman (Kevin Conroy, back in all his glory) is not the focus. In fact, he’s not in much of it at all. A decision that many might be weary of, but hey, Nolan had Batman appear for less than a third of the Dark Knight Rises (2012) 2 hour 45 minute runtime, only in this movie it actually works (as stated earlier, another day my friends). 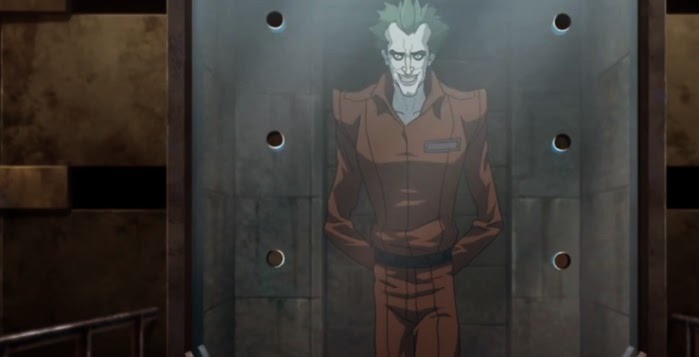 The animation is fun. Harkening back to the 90’s animated series with a few modern tweaks, it definitely beefs up the action for the adults reared on its predecessor. And holy haymakers, Batman! You get a heaping helping of Bam! Slam! Pow! (sorry, I couldn’t resist) The characters fit their roles in the story perfectly, letting each showcase what has made them such formidable foes for our Caped Crusader over the years. Proving that sometimes, a super villain team up is can be just as entertaining as when the good guys join forces. I would like to tell you more about the movie, but this is something fans and others alike should see for themselves. There are enough spoilers in the world.

So, here’s my two cents on the movie. Watch it. Forget that it is animated and imagine for a second if the studio behind the broodingly disappointing Man of Steel (2013) actually let writers put out a strong script rather than another (zzzzz… sorry I dozed off) origin story, than maybe DC can Wow us with the upcoming series of Justice League films slated to be made. At a runtime of just 1 hour 15 minutes, they prove that a film doesn’t have to be a 2+ hour super hero therapy session. 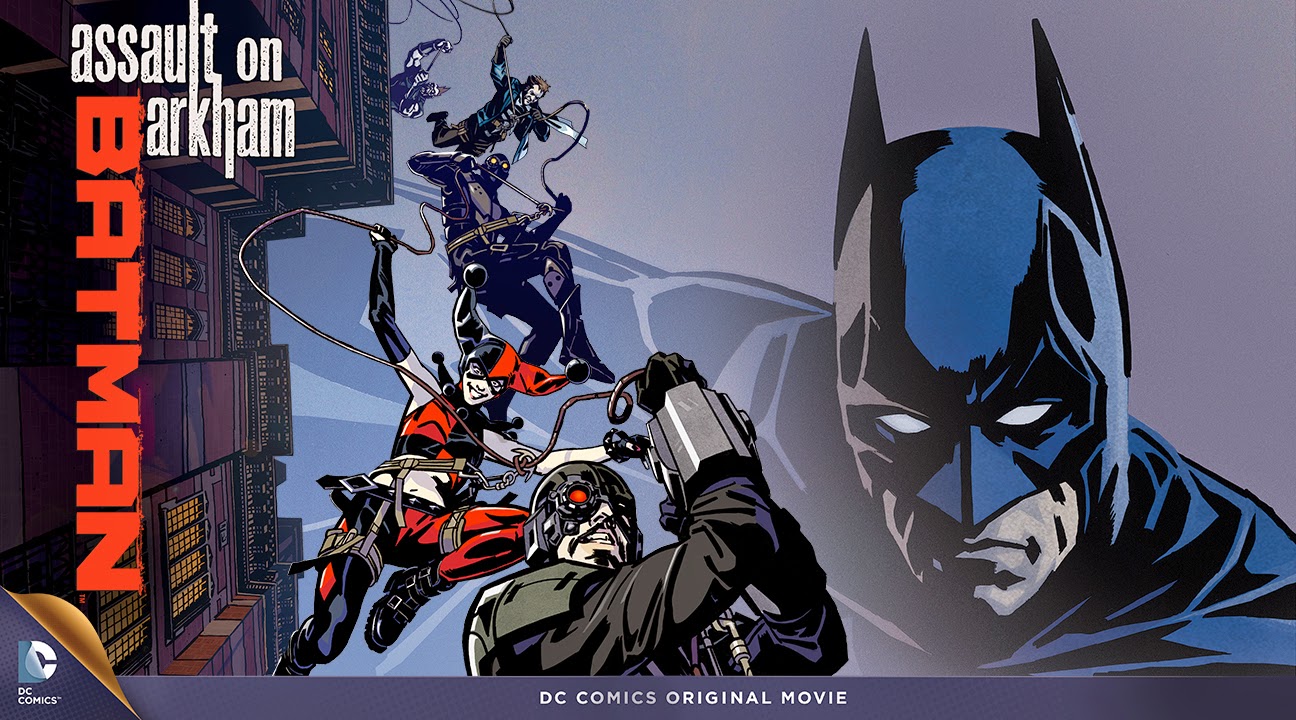 The crew over at DC animation have consistently made some of the smartest, exciting and well made fair to come out of the label in years and it is time DC put their trust in creators who know the right moves to make with so many beloved characters. Marvel gets it right, in the live-action department, without a doubt, but DC animation is undeniably brilliant in their execution of the genre. Time to take a few notes Hollywood. I can nap at home.
Posted by Adam Mock at 9:44 AM