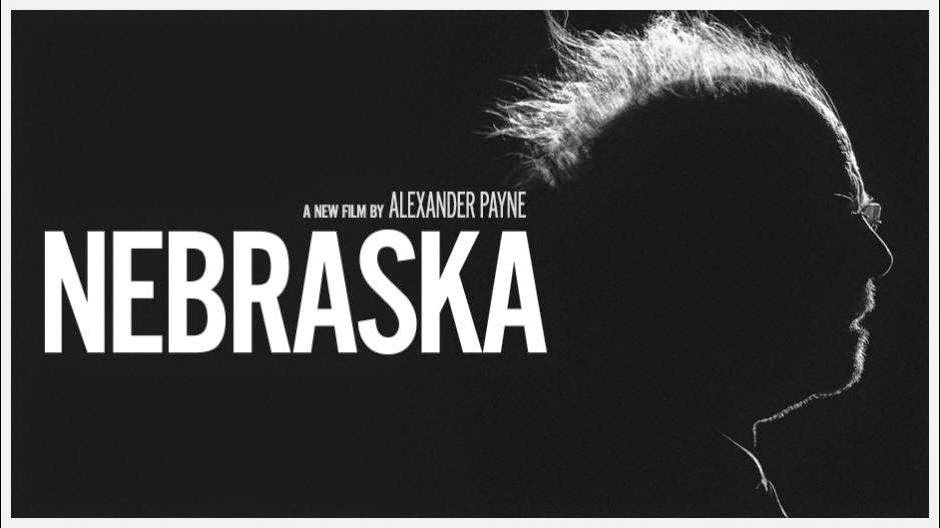 Let me first preface this review with an issue I've found myself struggling with from time to time. I rent a movie from Netflix and don't watch it for months on end. At last glance, the film Nebraska (2013) has been in my possession since March 19, 2014. So, for roughly six months, I have put off viewing it for whatever reason. Hey, I’m a busy guy. (Sorta, not really.)

From the trailer one can tell this is not a 'shut your brain off and watch pretty colors' type of film. Hell, there aren't any colors. This is a black and white movie. ("That must mean it's boring", said the students in film school the rest of us tended to avoid.) Don’t get me wrong, I ‘m all for mindless eye candy that takes the edge off the end of a crazy workday. Which is probably what made me wait so long to screen this. I didn’t know what to expect. Deciding enough was enough, Nebraska got its day. Why did I wait so long?

From the muted grey scale, to the flat, dusty locations, the audience is transported to a world built on a never changing backdrop. The small town life depicted by director Alexander Payne (Election 1999, About Schmidt 2002, Sideways 2004) feels like a constant rut. A tone used brilliantly to show the commonality that the characters throughout the story all possess. Your born in this place, you live out your days with little to no expectations of a future, you pass on. All the while, still thinking you’re better than the people next door. (Oh, the small town gossip is amazing.)

Woody Grant, a stoically naïve octogenarian (played perfectly by Bruce Dern), undertakes a journey from Montana to Nebraska to claim a million dollar sweepstakes prize. After an attempt to walk the long distance is thwarted by the local police, Woody’s selfless-to-a-fault son, David (Will Forte) offers to drive him in an attempt to get to know his dad. What follows is an intimate look at both Woody’s past and the family that molded him.

The performances are played with a delicate balance of comedy and drama, one never overpowering the other. A task Forte pulls off flawlessly. Rounding out the cast is Bob Odenkirk (Woody’s gruff local TV anchor son), Stacy Keach (an old business partner Woody may owe money to), and June Squibb as Woody’s curmudgeonly wife Kate. In my opinion, the standout performance goes to Squibb if for the cemetery scene alone. (You can’t unsee it. Enjoy.) 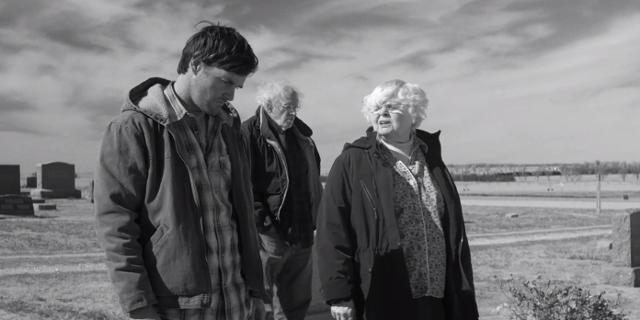 The small glimpses into Woody’s mentality on life are shown through his interactions with the family and friends he encounters. Stories from his younger years are peppered from scene to scene, giving a deeper look into his downhearted world. 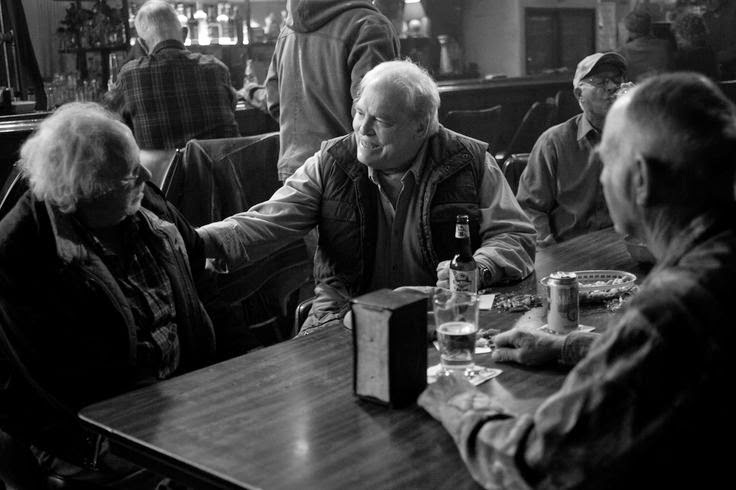 Ineffectual and bland conversations grow into petty arguments when his family, as well as the entire town, believes Woody to be rich. With everyone out for a piece of the winnings, David begins to see these people for who they truly are, shining a new light onto the life his father led.

Without going further into detail, Nebraska is a throwback to the think-piece indie films of a decade ago. Big on story, strong on acting and the rough edges provided by the small town backdrop add a simple but poignant canvas for the events to unfold. 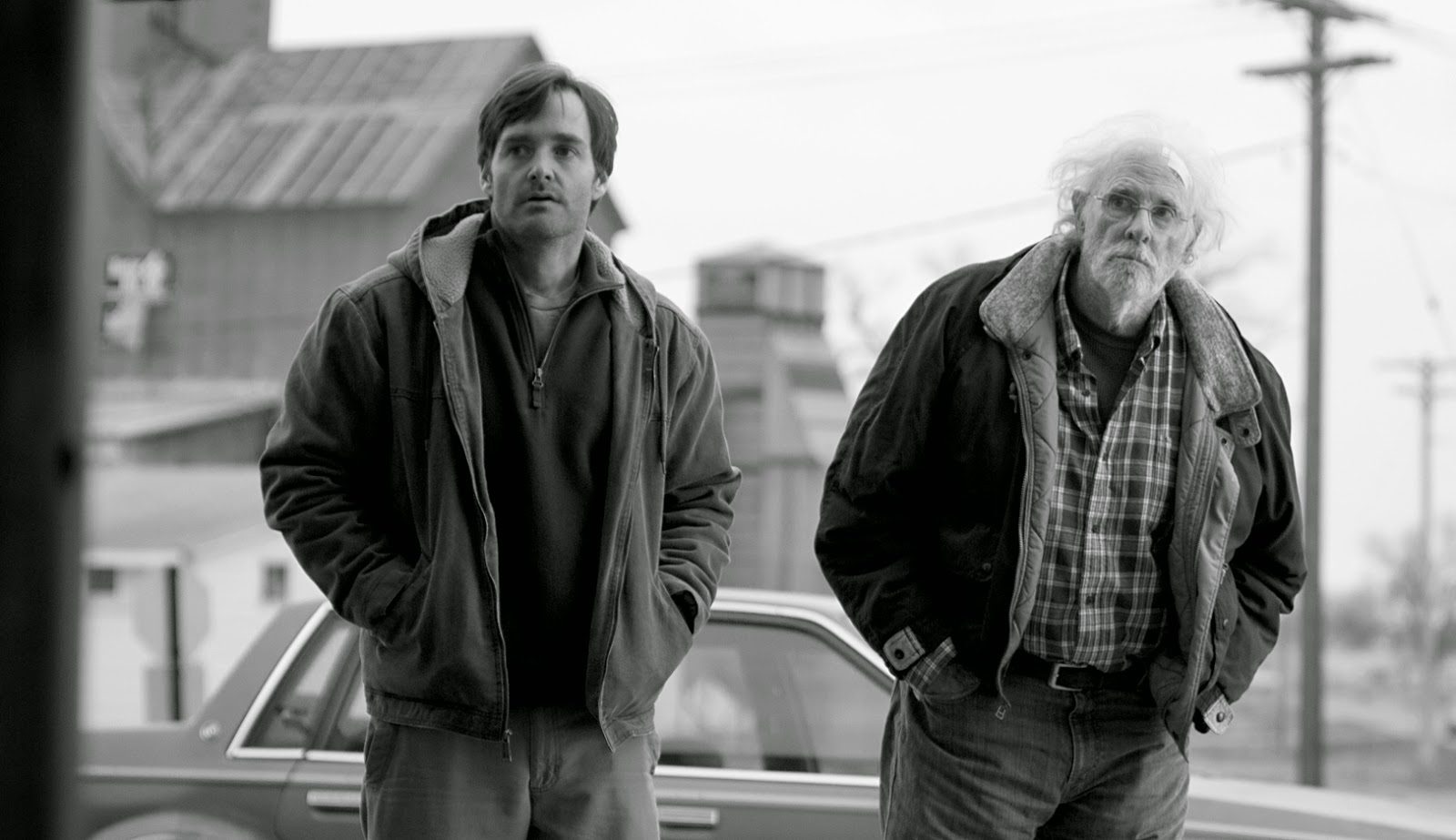 So, with my final paragraph on the subject let me again display my most humble apologies to those involved with the making of Nebraska. This was an excellent film and I regret putting it off for so long. Let the healing begin.
Posted by Adam Mock at 5:58 PM