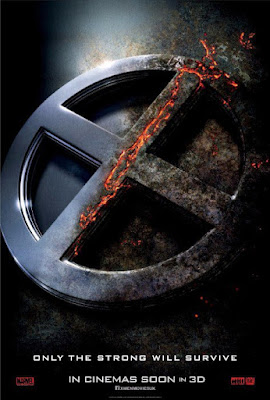 I just watched the new trailer for what felt like X-Men: Mocking Jay Part 1. Lately, I don’t know why but the X-men franchise is just getting a bit tiresome. Now, I am a fan and they are for the most part entertaining, but the heart doesn’t feel like it’s there anymore. Every year or so a new sequel, spins-off or prequel hits theaters, yet I can’t help but wait for rental.

Is it just that I’ve seen this already? Is it the random, D-list mutants being cast? Or could it be time for the series to maybe get a bit of the Disney treatment? The last suggestion would be cool, if said company would allow the MCU to get a bit darker. But Fox ain’t pulling their claws out of the franchise anytime soon so let’s not hold our breath.

The third trailer for X-Men: Apocalypse (2016) has dropped and to be honest, this one felt the most Mainstream Hollywood of the three previews. With the score consisting of Hey Man Nice Shot by Filter (a better action trailer song if there ever was one) it felt very early 2000’s. Still cool, just dated.

I’m still up in the air about Mystique being the reluctant hero, or at least the way she is portrayed as one. She feels tropey and cliche. I want to like this series again, I really do. But I don’t know if I really care anymore.

Maybe we need some time apart. I’m not saying that it’s over, just that we need a break. Time to reflect and get our bearings and when you’re ready to commit, come back as the franchise that got it right. You’ve been good to me X-Men, but after this one let’s back away for a while.

Do you still enjoy this X-Men series? Watch the trailer, be your own critic and let me know what you think. Enjoy!