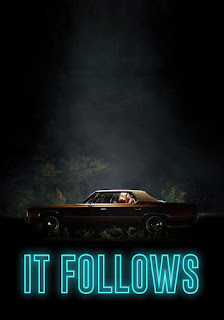 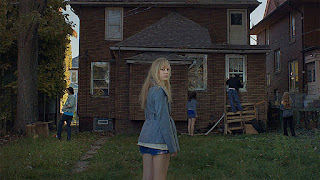 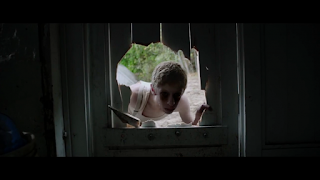 Horror, like may genres, seems to go through trends. What was once classic monsters films such as Dracula (1931) and Frankenstein (1931) became unkillable maniacs chasing teens (played by 28 year olds) to their inevitable and, might I add, creatively gory demises (Freddy and Jason, you scamps, you). Found Footage movies resembling the Youtube Generation’s preferred method of receiving media spawned from the trend setting The Blair Witch Project back in 1999 (if you don’t feel old, lucky you). Or the Torture Porn crassness of everyday characters tortured for the pleasure of another everyday character (not a fan myself). Occasionally, a movie will come out which breaks the mold of convention, standing out from the the status quo. John Carpenter’s The Thing (1982) and Alien (1979) are examples of pictures that took common conventions and integrated them into a new style. Using Sci-Fi, Horror, desolate locals, and a unknown entity bent on chaos, as well as the greatest plot device, “Who can you trust?” they allowed us to be there with the characters and learn along with them. To sympathize with the plight as our own worst fear boiled in our bellies. It Follows (2014) is now a part of that mold breaking pantheon. 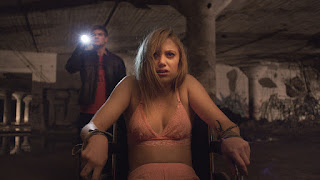 Using the old trope of “Sex leads to Death,” It Follows balances story and scares in a way not seen in sometime. When Jay, played by Maika Monroe of The Guest (2014), sleeps with her boyfriend, he passes a curse onto her. An unknown entity with the ability to look like whomever it chooses will walk towards Jay, no matter where she goes, until it kills her. Rules: Only she can see It and to stop the curse she must “pass it along.” Unfortunately, that is a terrible explanation of this film. To elaborate anymore would do the viewer a disservice. Let me explain.

It Follows mirrors 80’s horror in many aspects. The clothes are dated, yet modern convinces are present in the form of cell phones and such. Out of place, yet oddly works. Shot in Detroit, the neighborhood has an unease which hangs over the characters throughout. Ease is brushed aside early on. The characters are genuine and act with an unknowing subtlety as the events unfold, grounding them to the audience. 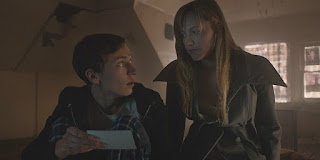 Let’s talk about the story for a sec. I know that on paper this is a wacky idea and in unskilled hands could have been a disaster. Director Davis Robert Mitchell crafts an unassuming world where nothing ever happens. A perfect backdrop for a protagonist that never breaks a brisk stroll. Yet, as in the Mummy movies of yesteryear, Mitchell finds a way to make the "slow bad guy" terrifying again.  I feel as though I’m saying too much so I’ll wrap it up.

If Follow was one of the most innovative Horror films I’ve watched in years. The scares come out of nowhere, questions keep you guessing, everything you want in a scary movie. Not for the kids and grannies (unless they are badass grannies), It Follows is a solid watch. You can find it everywhere, so seek it out. And remember, always bring protection.

P.S. Read a review of The Guest. A nice sidecar to It Follows. 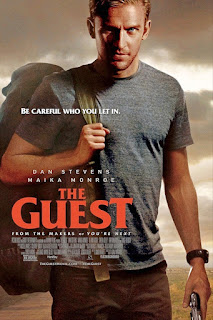