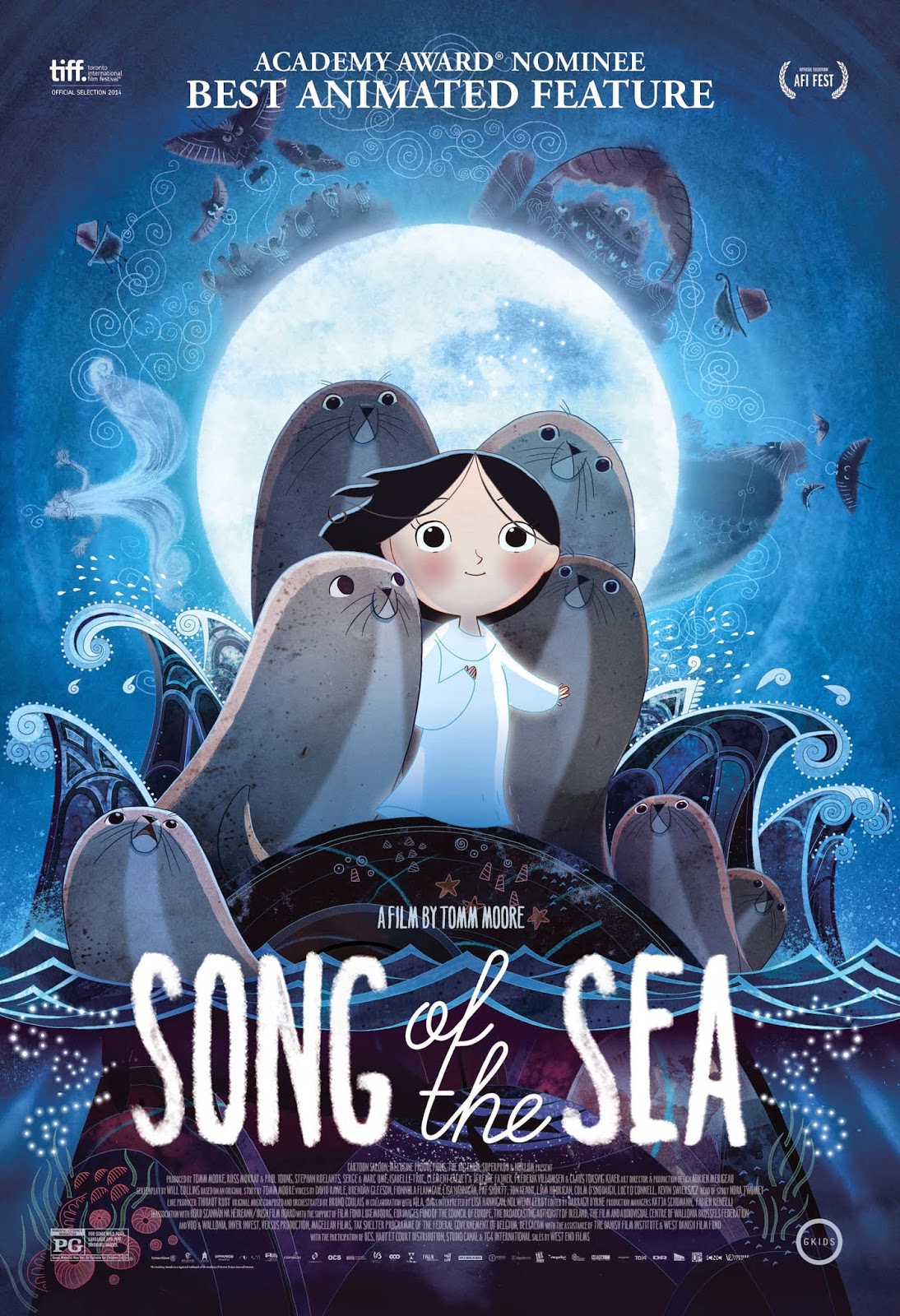 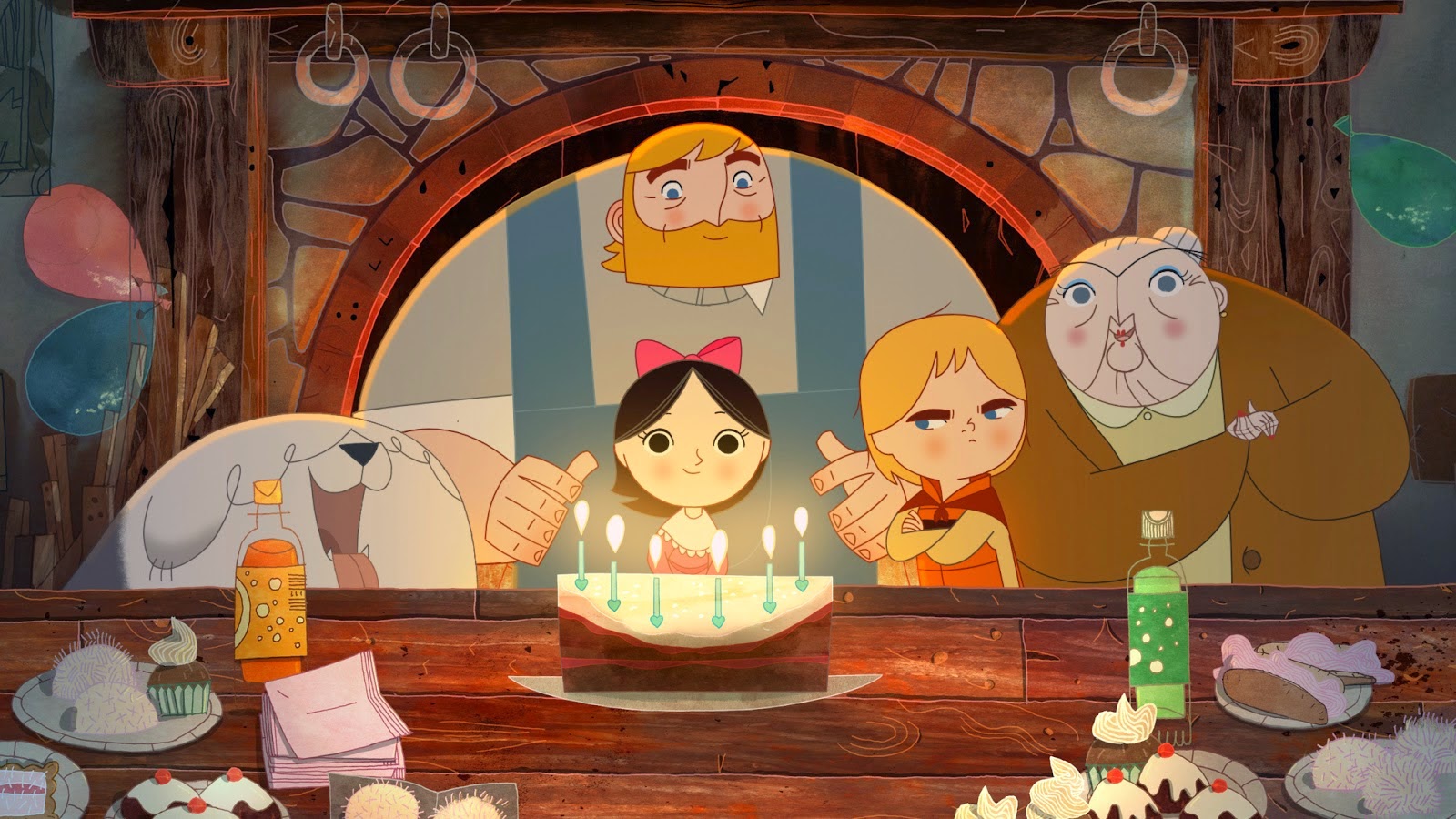 Before aspirations of going into some facet of the film industry, I had the desire to be an animator. The thought of having complete control over a boundless world was a thrill to me. But the difficulty level of such an endeavor proved to be a bit daunting, leaving those more tenacious than myself to forge ahead. And be glad they did. If not for the few with a true love (and talent) for displaying their imagination on screen for all to watch, we would have missed out on so many worthwhile stories. It’s a gift that most never appreciate in terms of the time and effort which goes into making a full length feature (Let alone a 5 minute short). We look at animation as cartoons to plop our kids in front of to make them quiet. But they’re so much more than a child’s medium and deserve our respect, both the project itself, but also their creators. That said, I give you Song Of The Sea (2014). 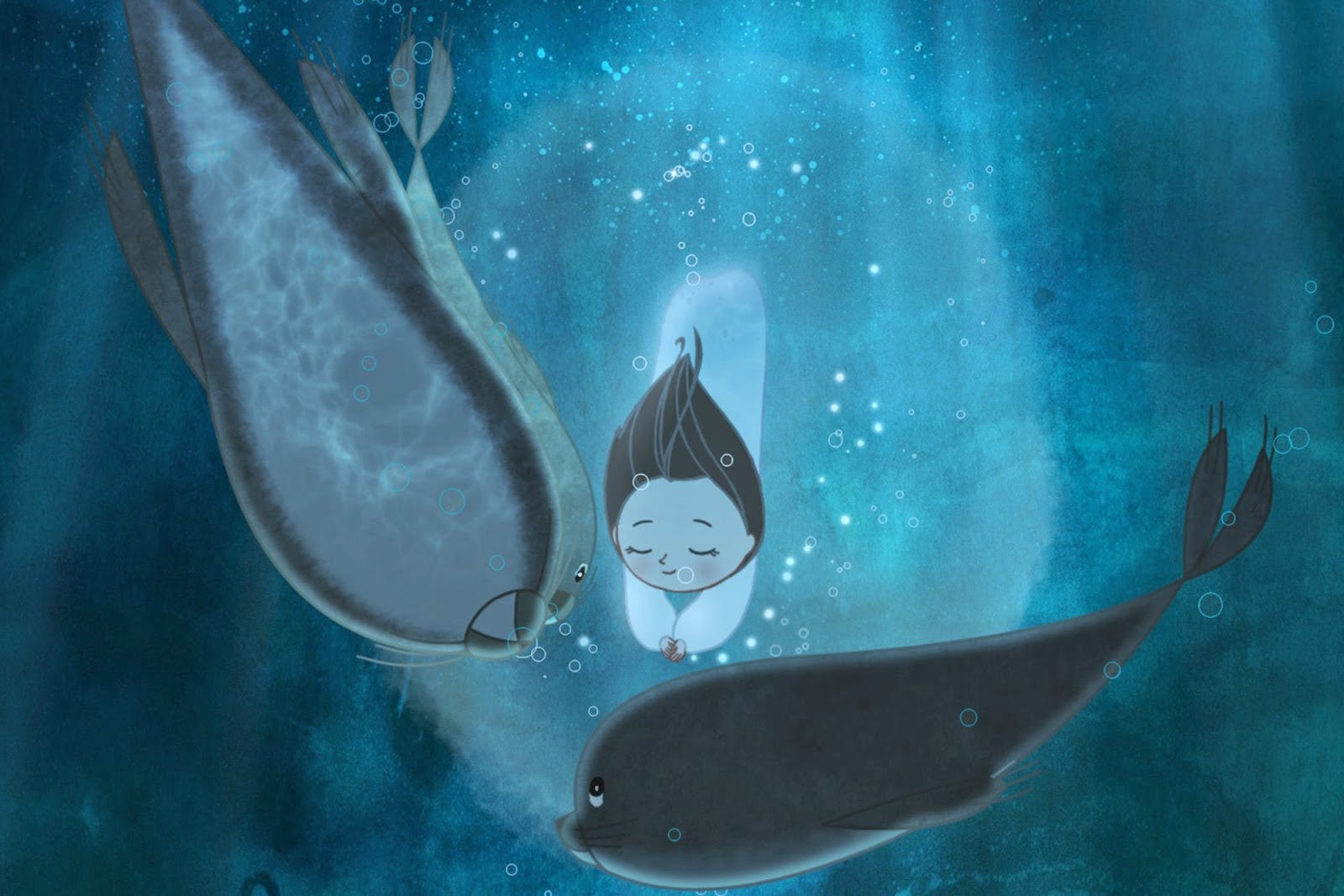 A young girl named Saoirse discovers that she can change into a seal. With the help of her older brother, Ben, they embark on an adventure that could save the world and shed a light on what befell their mother the night Saoirse was born. 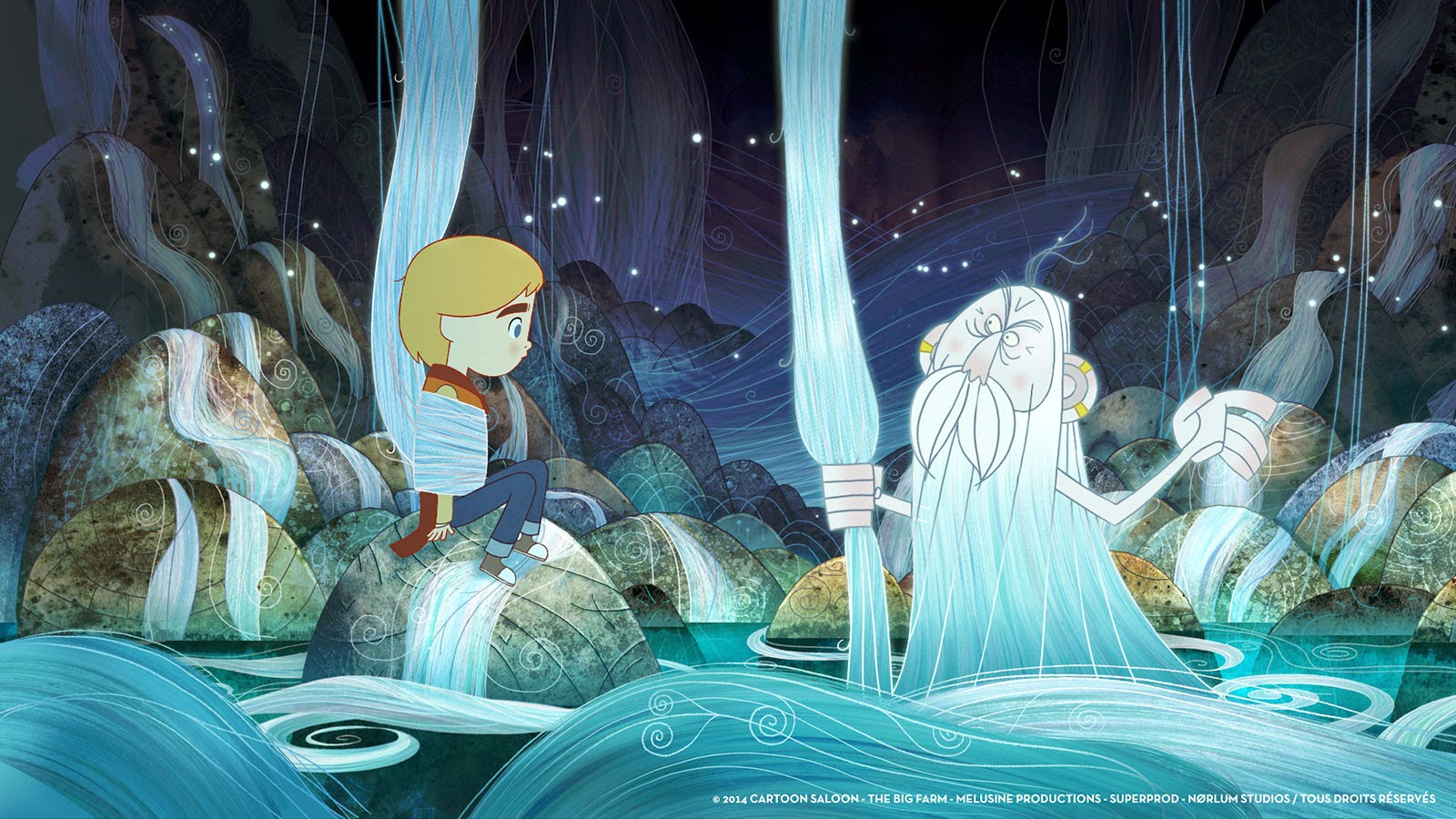 That's the short version. To tell more might be doing you a disservice. That, and I could not tell this story a tenth as well as the creators of this film do. Song Of The Sea was one of those animated features that got buried under the mountain of big studio bells and whistles kid fodder that, although fun, give higher brow pictures an unfair rep as being just 'kid’s stuff’.  Brought to us by Tomm Moore, the director behind The Secret Of Kells (2009), Song Of The Sea adds to the strong resume Moore is building. I enjoyed both of those films thoroughly, but don’t expect your usual animated fair. There are stories to tell and don’t necessarily come second to the visuals, which are a subtle mix of mainstream animation and smooth-lined Celtic inspired artwork. A style which reflects it’s dedication to the culture that gave it life. 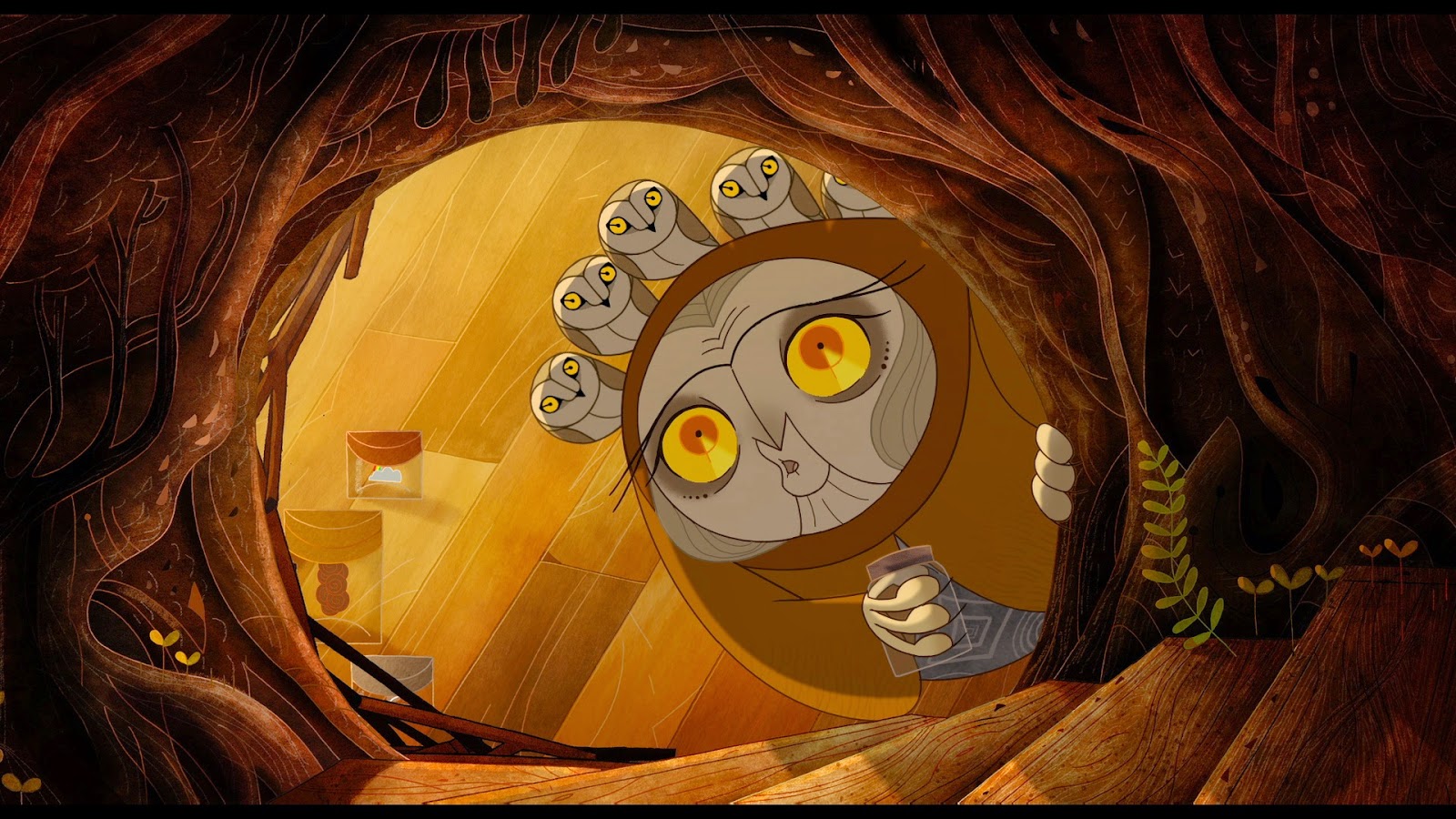 I cannot recommend this film enough. The breath of fresh air to have an unfamiliar story told in such a thoughtful way was wonderful. No princesses or singing mice. No wacky side kicks, unless you include a pet dog. They don’t break out into an over written song that you will be forced to listen to ad nauseam on every car ride. There’s a plot to think about and piece together rather than having it spoon fed through a pair of 3-D glasses. It may be a bit slow at parts and there are a couple of dark elements for those watching with wee ones, but nothing too rough (You were warned, kinda). And if the kids don’t dig it, you can finish it without them (You’re the adult, you can do what you want). But I don’t know what’s not to like, the characters are adorable.

My recommendation, rent it, stream it or whatever it is one does to watch a film these days. An animation fan will not be disappointed. Song Of The Sea will remind you that cartoons aren’t just kid’s stuff. So, try it. You might like it.